Civil War Kent is often assumed to be solidly behind the Parliament in its struggle against King Charles I, but this is an oversimplification. As in most areas, there were sympathisers for both sides but with the County in general and with North Kent in particular, there was the constant, looming influence of nearby Parliamentarian London with its vast population, wealth, and military power. This meant that local Royalists tended to keep their heads down and their opinions to themselves.

The leading Parliamentarian Supporter in Tonbridge was a Mr Thomas Weller, whose Diary provides a commentary on what happened in July 1643 when the Royalists were no longer willing to stay quiet, and so the latent hostility erupted into sudden violence. Weller was a Lawyer, and a Tax Collector appointed by Parliament to extract taxes from Tonbridge and other nearby towns – which probably didn’t make him popular with everyone. He lived at what is now ‘Priory House/The Red House’ on Bordyke in Tonbridge, and he also owned Tonbridge Castle. 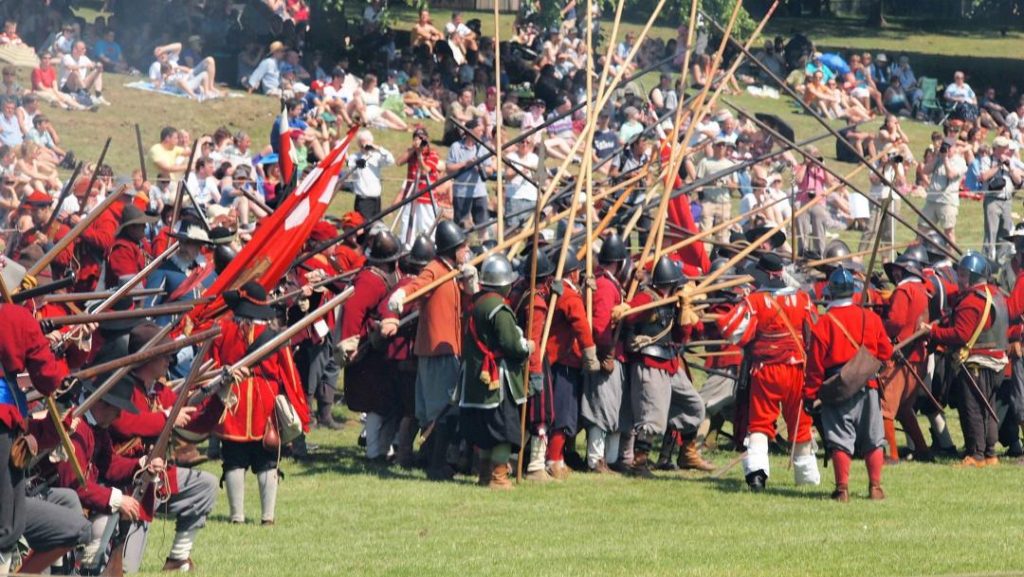 Weller was instructed by Parliament to travel to Sevenoaks to investigate reports of disturbances among local residents there. This turned out to be more than a few disgruntled locals as up to 4,000 men had turned out to rebel against the Parliament and march on Tonbridge (as well as taking the opportunity to settle a few local scores). Messrs. Gransden, Chalkin, and Parry are named as ringleaders in Weller’s Diary. The ‘Rebels’ (as they were addressed by loyal Parliamentarians) ran amok for several days in Tonbridge until July 24th when 2000 men of the London Trayned Bandes led by Colonel Richard Browne together with local Parliament supporters managed to defeat the Royalists at the Battle of Hilden Bridge and cornered the final remnants who surrendered at Yalding, seven miles outside of Tonbridge. Once the ‘rebels’ had been dispersed, the area remained quiet for another five years until the Royalists rebelled once again in the much larger and more violent ‘Kent Rebellion’ of 1648.

Sir Marmaduke Rawdon’s Regiment of Foote will garrison Tonbridge Castle in the name of King Charles over Mayday Bank Holiday Weekend. Come and visit the soldiers at the Campsite and watch displays by Musketeers, Pikemen, and the Cannon. Watch fierce battles as Parliamentarian soldiers attempt to storm the castle on each day. Find out who will win at Tonbridge Castle next May.